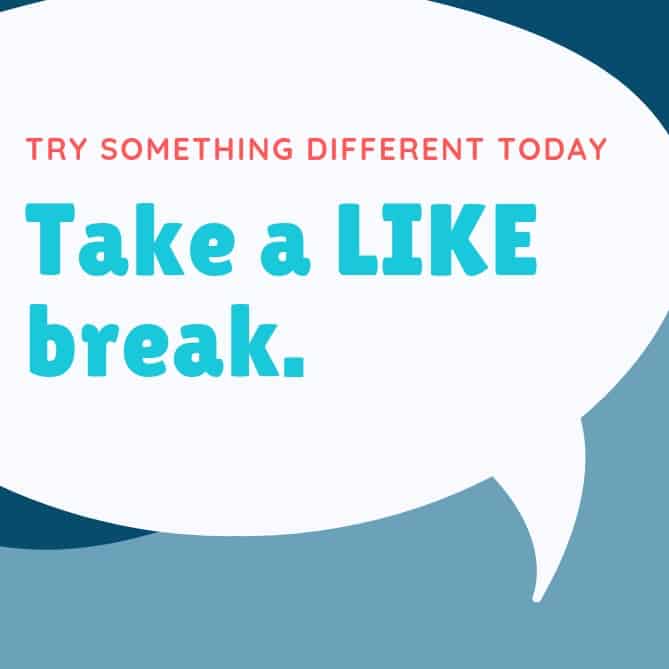 I think I should just say it no matter how ghastly it sounds to all the social media-ists and content makers out there. The value of a Like is minimal, has a place, and doesn’t influence behavior.

Not every piece of content, hmmm, sounding too wishy-washy already. Let’s just say it. Here goes.

Most often B2B content doesn’t cause your phone to ring, your inbox to fill up with new orders or your customers to sing your praises. If it did everyone would do it, why not?

In the last ten days, two salespeople have mentioned how disappointed and disillusioned they were with LinkedIn. They were posting content, and nothing was happening.

Naturally curious, I took a peak. One person didn’t have a photo, and their profile hadn’t been updated and wasn’t particularly interesting especially given their industry. Both were Liking other people’s posts. While done with the best of intentions there was no reason anyone would do anything.

I think that too much Liking looks automated and worse, gratuitous.

In real life, a Like is an equivalent to any of the following:
A nod
A pat on the back
A fist bump
A “Hey”
A quick “How you doing?” as they walk by you

You get the picture, right?

A Like is so, so-so, it’s an afterthought. An involuntary reflex brought over from your Facebook experience. It doesn’t cause people to pay much attention, stop what they’re doing, take notice and even more importantly, take action.

When I do pay attention, it’s usually more focused on the original person who posted it rather than the person who liked it.

Now, there are people in my network that I pay close attention to, and I watch what they post, who they’re with and what they have to say. Why?

It’s more than Liking; it’s putting a sentence, a paragraph or two together and serving up a conversation others can join. Writing is the easy part, getting people to care harder and then encouraging them to act, even harder.

It’s worth doing to create a ripple, to be noticed, to stand out and to build a following. Your following doesn’t need to large, and it needs to be relevant.

The posts that I think will do well, often don’t. There are others I put together quickly, and they go further garnering more views and engagement. Why? Maybe they’re more personal, more human and more relatable.

The underlying value is seeing who’s seen your post by company, title and location. Are the right people looking at your posts? 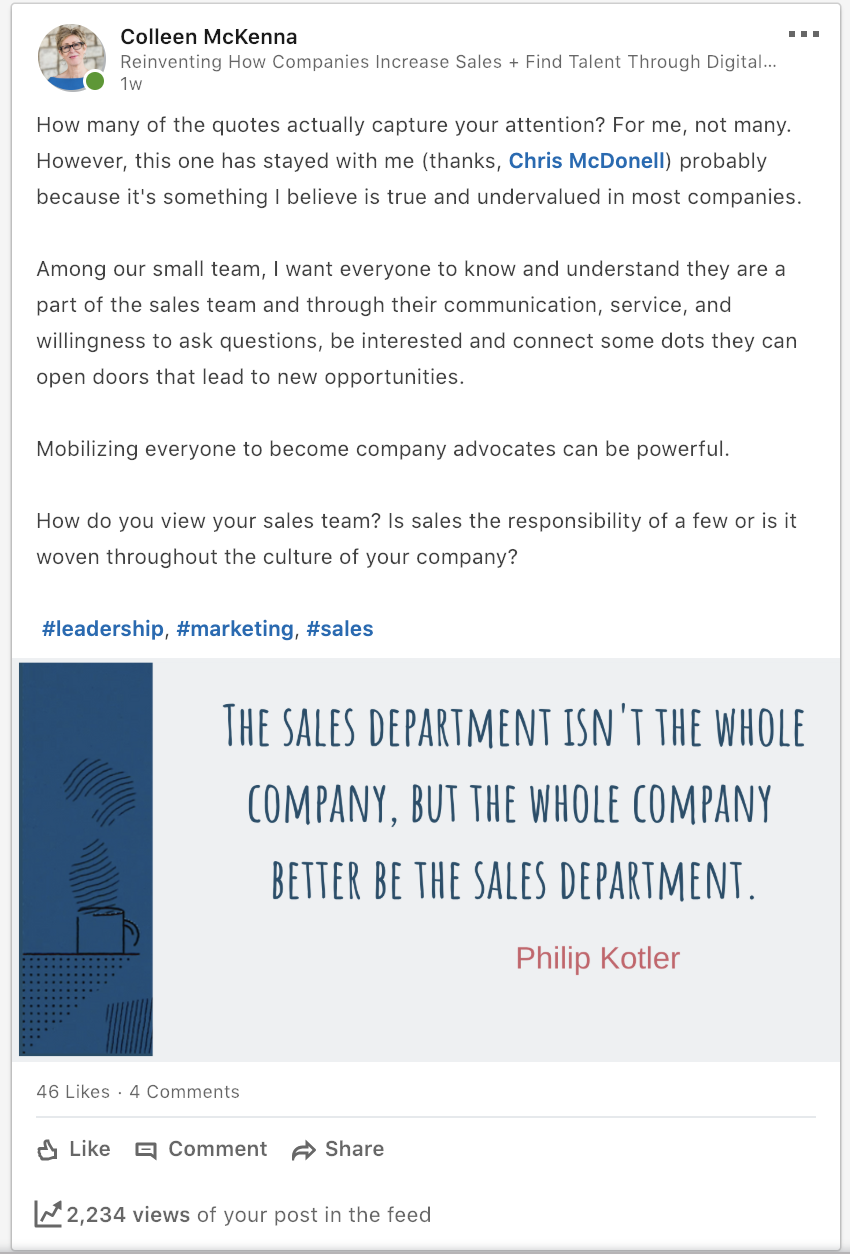 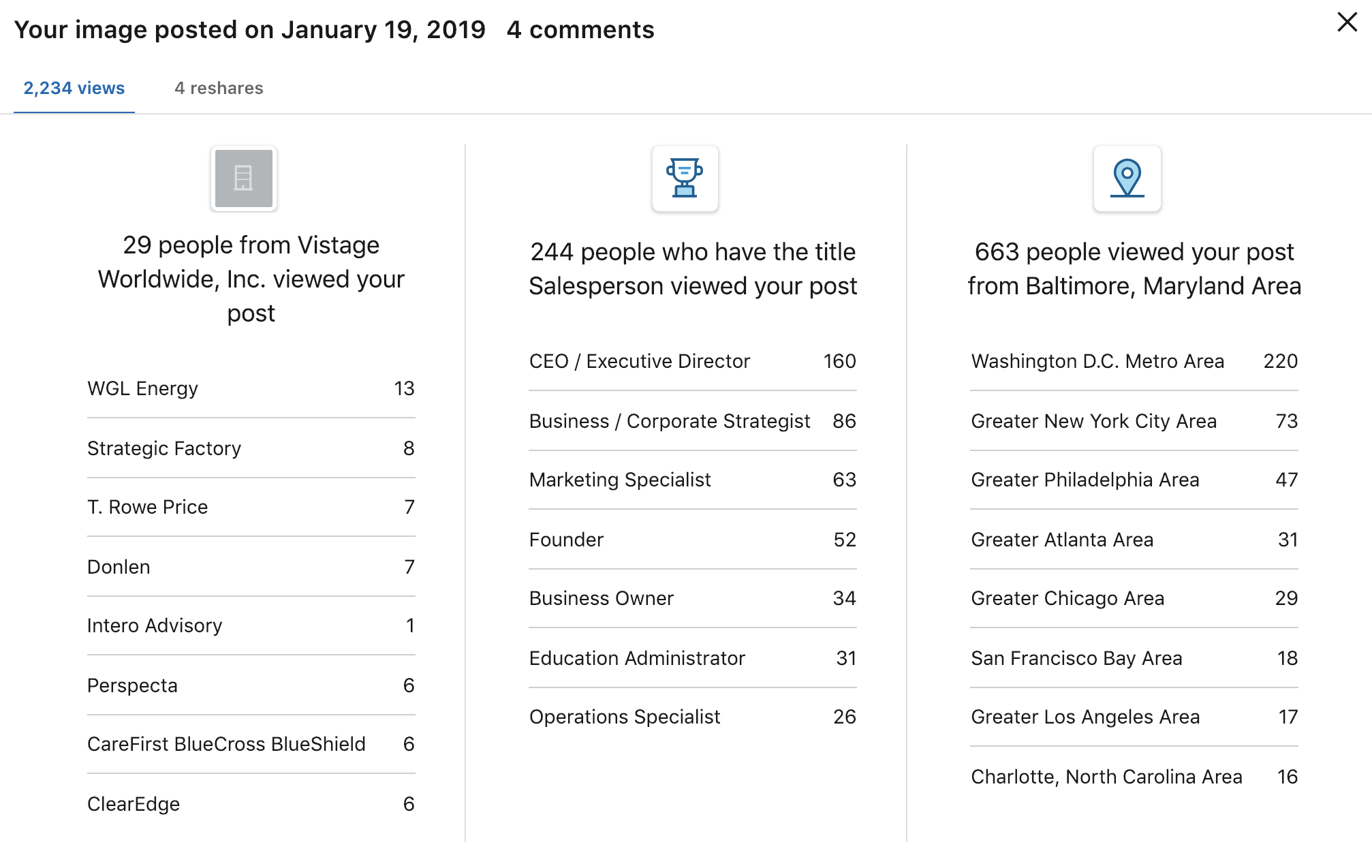 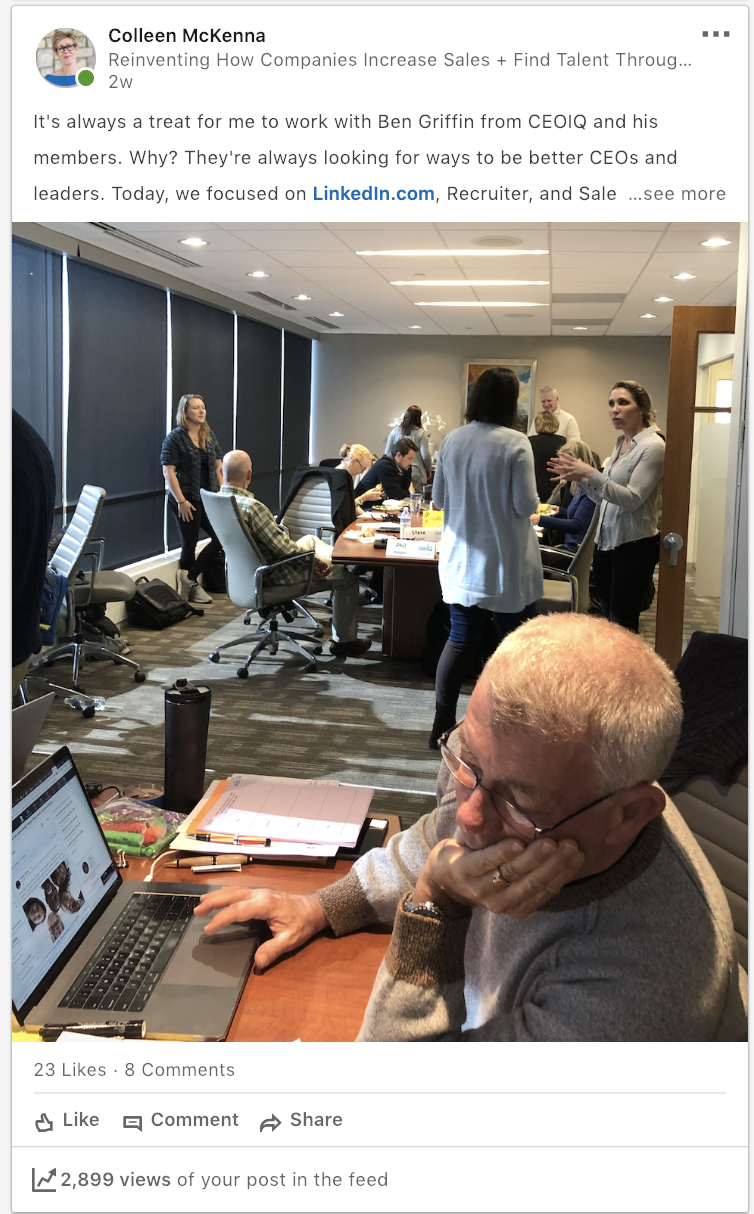 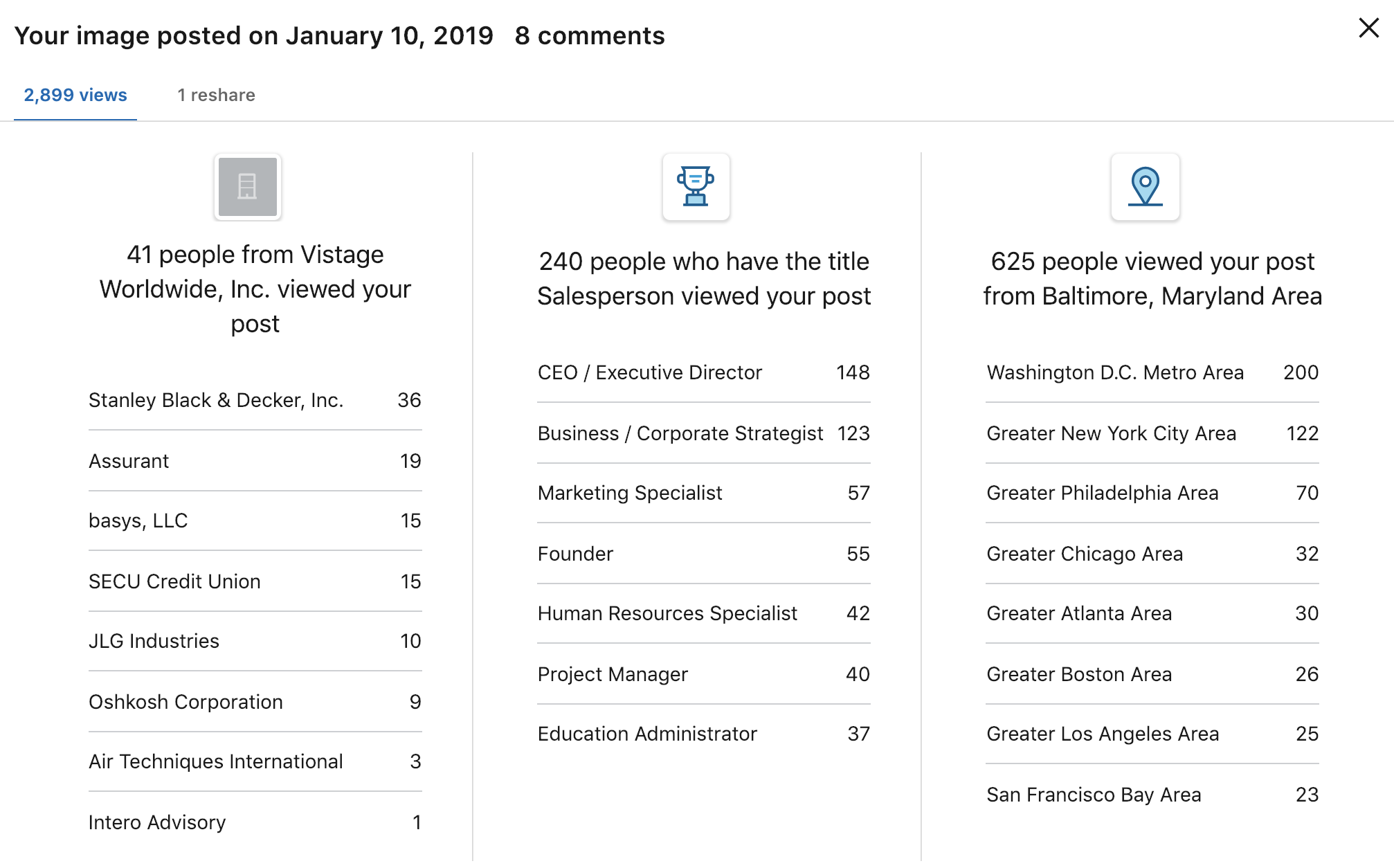 Just a thought. How can you turn something into a conversation that others want to know about?

Test a few options and see what works. Just don’t rest on the laurels of a Like.

Want to read more of this topic? HBR featured an article on this topic. While they’re referencing Facebook, I think it applies to LinkedIn too.

Want to learn more about how to post effectively? Check out our blog, in:form and in:side where we have an entire module on Content. 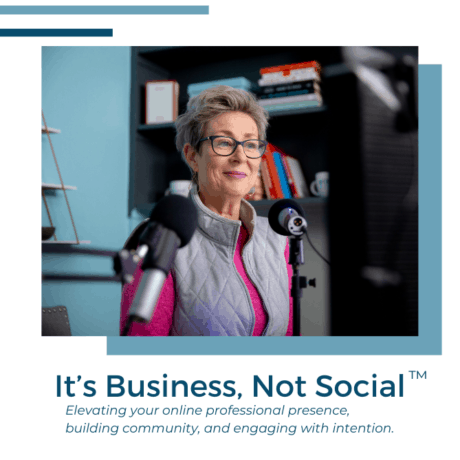 From the Author: Over the years, people have suggested that I write a book. My answer was always the same, “No way.”  How would I 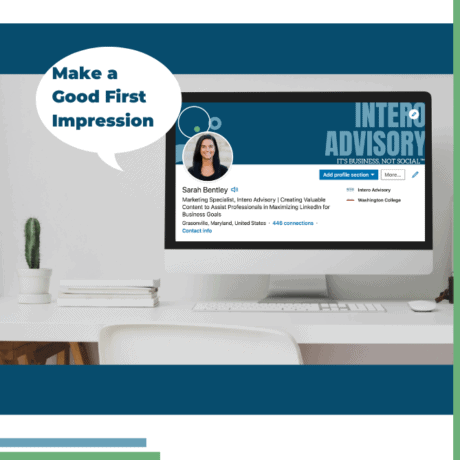 LinkedIn’s default setting is to update your headline with the title of your current position and company name, however, this won’t make you stand out 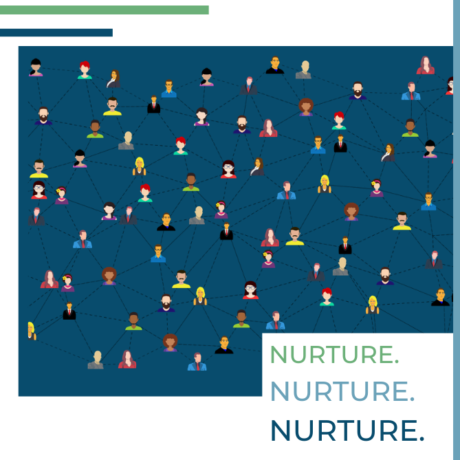 Nurturing our network is something we all know we SHOULD do, but we often find  ourselves not carving out the time to do so. Now,

Want more insights on a regular basis delivered to your inbox?